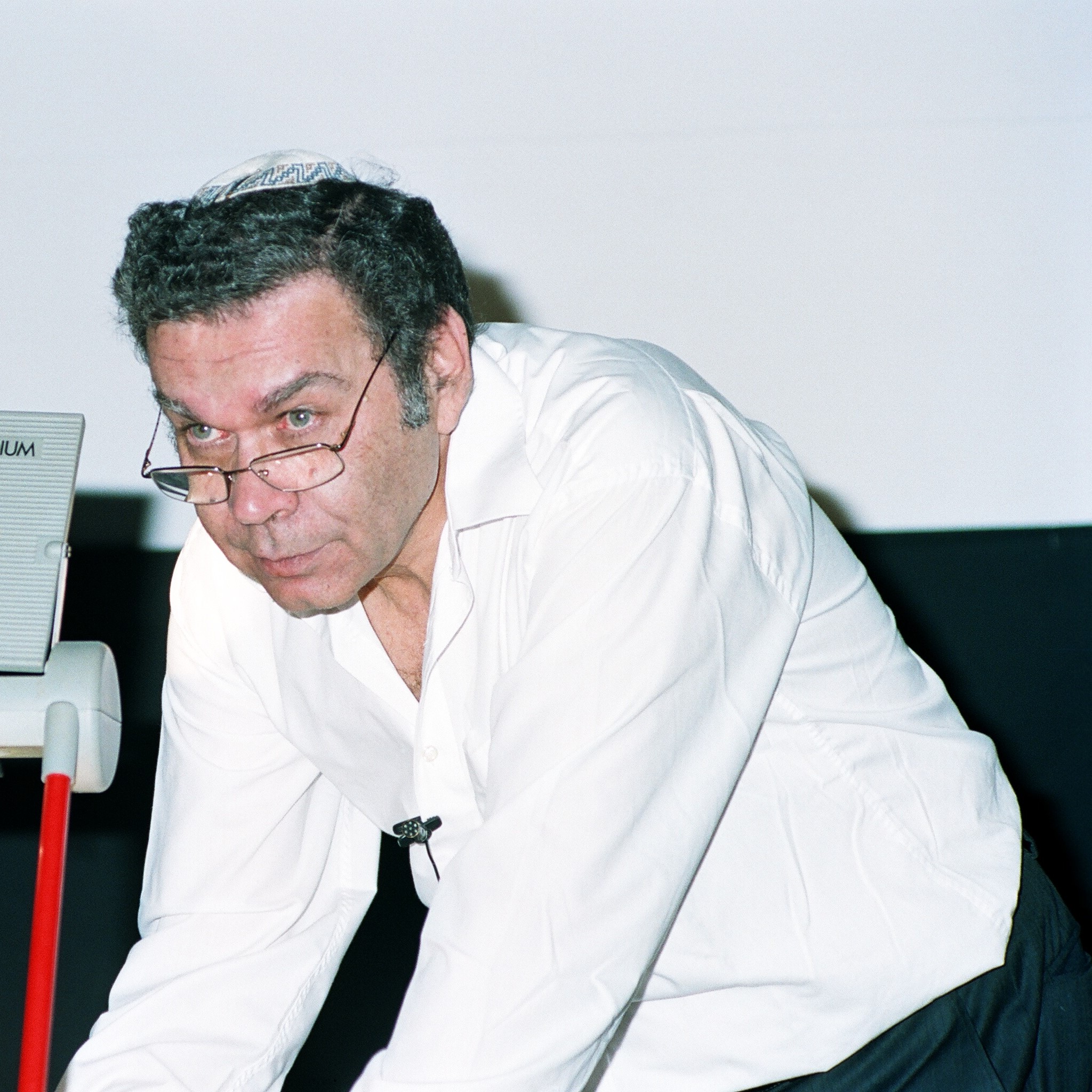 “I smile and start to count on my fingers: One, people are good. Two, every conflict can be removed. Three, every situation, no matter how complex it initially looks, is exceedingly simple. Four, every situation can be substantially improved; even the sky is not the limit. Five, every person can reach a full life. Six, there is always a win-win solution. Shall I continue to count?”

Oded Cohen: This quote is taken from Eli Goldratt’s last book – “The Choice”, published in 2008 recording his fundamental beliefs that guided him throughout over forty years of developing TOC.

I met Eli Goldratt in 1978. He had unique software for scheduling production and I was the head of the computer department of a large Israeli company. I liked the software and even more his fresh and systematic approach to managing production. I have known him since then as an employee and as  a partner for over thirty years.

Eli Goldratt is known as the founder of TOC – the Theory Of Constraints.

During his academic studies in Physics Eli Goldratt developed deep understanding of flow of fluids and found a solution to improve the flow. After obtaining his Doctorate of Philosophy from Bar-Ilan University in Israel he moved to the area of managing systems in the business environment.

Dr. Goldratt outlined that managing systems means managing flows. Systems and organizations are built for purpose. Management role is to bring their systems closer to their goals and hence continuously strive to improve the performance of the areas under their responsibilities and pursue higher and higher results.

The first step in his journey was managing production in manufacturing companies. Based on the algorithm he developed for his PhD thesis, in 1975 he and some partners wrote a production scheduling software called OPT – Optimized Production Technology. His first company – OPT Israel – implemented the software in some very large Israeli companies such as Israeli Aircraft Industry (IAI), Elsint, Soltam and Israeli Defense Industry.

The software was powerful and very quickly brought to improve the on-time delivery and the reduction of production lead time. Yet, some of the concepts were clashing with the conventional way systems and management worked.

In 1979 the company opened a subsidiary in the US – Creative Output Inc. OPT was further developed and bought by large corporations such as Westinghouse, General Motors, Ford, General Electric, Howmet Turbines and others.

The experience of working with established American companies presented more challenges to the ability of the software package to bring the desired improvement to the performance. Management and systems used concepts that were supposed to ensure the efficiency of the system but at the same time did not pay attention to negative impact of their decision on the flow. In 1980 Eli Goldratt published his first article – “The Unbalanced Plant” advocating and proving that management should not strive to balance the capacity but should balance the flow.

In 1982 a British subsidiary was built – Creative Output UK. Among its clients were automotive, aerospace and electronics companies. While Creative Output grew in size and number of implementation worldwide, Eli Goldratt was concern about two major effects:

Eli Goldratt was the advocate of simple practical solutions and had a strong desire to help managers and companies in their pursue of continuous improvement.

The answer to the first effect was training.

In 1983 the Creative Output introduced management training alongside the software implementation. Eli Goldratt recorded 16 programs of the “OPT Executive Video Course” in which he presented the basic principles as well as the practical application for the software and for decision making. In the autumn of that year, in the international conference of APICS – the American Production and Inventory Control Society – Dr. Goldratt presented his famous speech: “Cost Accounting – Public enemy number one of productivity”. A year later he was invited to re-address the same topic in the national conference of the association of Management Accountants.

The answer to the selling difficulty was to write a book as a marketing brochure. In 1984 he wrote his first book – The Goal. The book became a best seller, translated to over twenty seven languages and sold in millions of copies. Many managers who read the book were influenced and implemented some of the ideas described in the book with remarkable results.

The early years of 1980’s brought with them the painful realization that the Western industry in losing its dominance to the countries from the East and especially Japan. The arena was – production. Companies in the west had long lead time, high inventories, low level of service lever as well as perceived low quality. Competition became fiercer. Eli Goldratt came with the motto of improving the competitive edge. He developed a powerful presentation to persuade companies to take the OPT way and in 1986 he wrote together with Bob Fox his second book – The Race.

Towards the end of 1986 he left Creative Output and started AGI – Avraham Y. Goldratt Institute. The Goal of the company was set to: Generate and Disseminate Knowledge. The approach was given a new name – TOC – the Theory Of Constraints. To achieve the purpose, it was needed to develop the tools and ability to construct and communicate common sense solutions – that will be understood and accepted by all parties involved in the improvement. This has changed the focus toward training and education: the development of the Thinking Processes (TP) and the teaching through the “Jonah Program”. The Thinking Processes were captured and described in his book – In Is Not Luck (1994), which in many countries is known also as The Goal II.

Dr. Goldratt wanted to bring science to management decision making. In 1990 he wrote the book – “What is this thing called TOC and how to implement it?” establishing the process of continuous improvement and the basic tools that can help managers in taking this direction.

The TOC solutions for certain application were captured in his books:

TOC & Thinking Processes: What is this thing alled TOC, It Is Not Luck, Late Night Discussions, TOC Journal, The Choice.

Goldratt captured the essence of the TOC and its applications in a series of video recorded sessions. Among them:

His other work covers:

Dr. Goldratt was also the founder of TOC for Education, a non-profit organization dedicated to bringing TOC ideals to teachers and education systems around the world.

Dr. Goldratt retired from the Goldratt Institute in 1997 and spent his time in writing and further developing the ability to market and implement TOC. In 2002 Eli Goldratt founded the Goldratt Group – Goldratt Consulting, Goldratt Schools and Goldratt’s Marketing – with the purpose of Making TOC the main way of managing organizations.

On the road of teaching, implementing and writing, Eli Goldratt was active until his untimely death in June 2011.

His work continues through all the people that have been involved in developing, implementing and disseminating TOC around the world.

“Tribute to Eli” – memories and photos about Eli Goldratt.