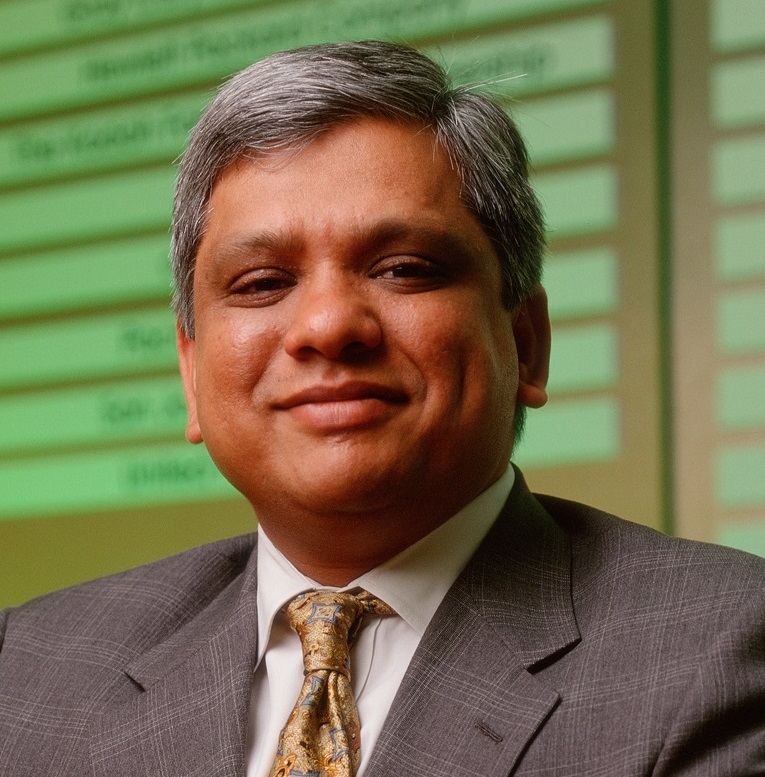 The pdf of the material used in Webinar 1

Webinar 2: Role of Buffers in CCPM

The pdf of the material used in Webinar 2

Webinar 3 “Project Planning for the Real World – A Tutorial”

The pdf of the material used in Webinar 3

See more on CCPM on TOCPA

YOUR PROJECTS HAVE A SCHEDULING PROBLEM IF:

1. You have tried creating a single source of truth but people prefer their own “back pocket” schedules

2. You have frequent meetings to resolve schedule/resource conflicts

3. Everyone is constantly firefighting and waiting on someone else

5. High priority projects get done in half the time – which only means that with correct scheduling, all projects can get done much faster.

If you have a SCHEDULING PROBLEM, improving processes or soft skills WON’T improve project delivery or resource efficiencies. ONLY fixing the scheduling problem will.

Feedback and discussion after Webinar 1

Even beyond Projects, I believe this is highly relevant to other digital knowledge-work environments as well – including IT Service Factories where the absence of physical material (to materialize queues and work-in-process) and a prevalent lack of manufacturing background, makes most people overlook the need for Manufacturing Wisdom in order to manage what I would call their “Invisible Plant”. Especially when it comes to segmenting activities according to their relevant manufacturing layout (eg. Intermittent vs. Fixed). I am proudly going to print out this “Focus and Finish” motto with due credit, and display it prominently at my workplace – including in my corporate email signature

. Thank you Sanjeev and hats off TOCPA for sharing such gems of a kind.

An additional issue is that as project time extends, the number of changes (e.g. red time on project is 25 weeks instead of 10 weeks) and queries and client requests for status updates and the management and resource time is consumed. Is the point that when doing buffer management not to switch priorities based on small differences between relative buffers on subtasks. It would be an example of trying to be more accurate than the noise. Thanks very much. Very helpful.

It was a great session.

Just watched Sanjeev. Great stuff! Thanks for giving him a stage. Good to see that he sees the same issues with CCPM and comes up with very similar solutions to us. The Operating Motto stuff is interesting. I see it as the synthesis between the behavior needed for the system as a whole and the behavior that satisfies the local need/desire (such as being ‘productive’ in Sanjeev’s example).

A question from Doug Krsek:

How would an organization/department/group manage work across both project and operational support tasks like in an IT group?

If I understood Eli right, he said, that staggering based on resources will show too much variability. Because of that he called for staggering on phases. Is there a contradicting with your argumentation?

Yes, staggering based on resources/tasks will show too much variability. However a more important issue is that it will cause tasks to spread apart and resources to get spread thin.

Here is Sanjeev’s explanation why the middle graph shows the tasks duration multiplied not by 3, but less: 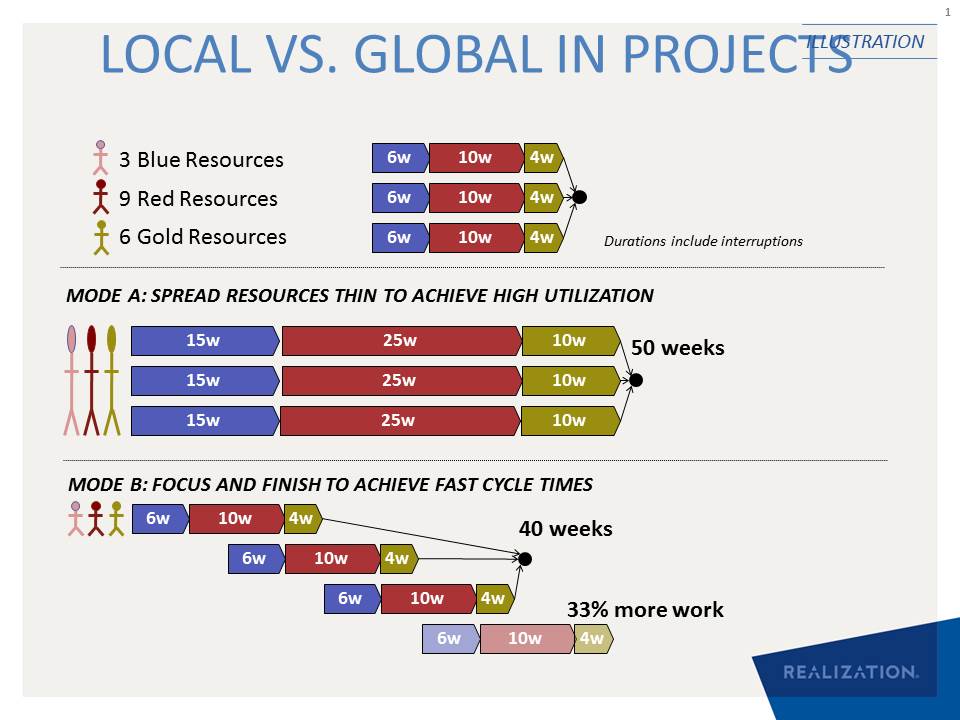 Feedback and discussion after Webinar 2

You say that the timeline is determined by the client. This does not avoid the problem of buy in with your resources. If it is decided by management edict and they feel it is too short would they not be demotivated by this? [Answered by Sanjeev in the webinar.] Excellent session Sanjeev.

Returning to ‘The market sets the duration’. A senior executive will want to know whether his organisation is taking too much risk or not. If duration and buffers are set only by ‘market demand’, how can they judge whether they are taking too much risk by accepting a crazy due date. Surely there is a need for a zero-based approach to planning? [Answered by Sanjeev in the webinar.]

Project Buffer goal then it is not to reducing the Project due date, and maybe achieving a competitive advantage, but rather it is to add required flexibility to be able to comply with any committed Due date, and be reliable on it? A Competitive Edge may come firstly from reliability of Due Date, rather than reduced lead time? [Answered by Sanjeev in the webinar.]